Surrounded by seas, lakes and rivers The Netherlands have a strong maritime history. For centuries all transport was done by water. The Netherlands therefore strongly depended on the large fleet of bigger and smaller ships. This lead to a extensive know how in ship building and maintaining.

In the "Golden Century" (1600-1670) Dutch ships ruled the seas. The Dutch maritime know how was so appreciated and admired that even the Russian Tsar Peter The Great spend some time in the Netherlands to learn Dutch boat building. Even today Dutch Yards are still associated with high quality and the best craftmenship attainable.

The Duch Master painters (i.e. Rembrandt van Rijn) produced their own paints. This evolved to a exceptionally high experience in paint making. Eventually paint specialists created specific tailor made paints for their Masters. In the course of the 17th. centrury numerous small paint factories arouse cultivating and widening the general paint know how and constant high quality. This specialism was exported and recognized outside its borders. The small country is not only associated with windmills and wooden shoes, but also with paint making.

In a small fishing village south of Amsterdam Willem Heeren was born in 1937.  Part of a fishing family, Willem's ambition went towards painting farms in the newly reclaimed land of Haarlemmermeer. Just like many other small painters Willem heeren produced his own paints in Winter.

In 1902 Willem Heeren and his son Albert Heeren founded paint factory W. Heeren & Son in the town of Aalsmeer, 15 km south of Amsterdam. Under the brand name Epifanes  Willem and Albert produced various linseedoil based paints.  The Epifanes brand gained resputation fast for being a much better paint than others which resulting in a rapid national growth of the Epifanes brand.

After the death of Willem in 1933 the factory passed on to the son Albert. The 1930's crisis, the outbreak of WW II  and the sudden death of Albert in 1942 however brought the factory in financial troubled times.

In 1951 Adriaan F. Zonjee bough the virtually bankrupt factory. With the necessary investments and improvements the Epifanes brand reflourished beyond the Dutch border with exports to Belgium, France and Germany.  In the mid 1960's Epifanes got so sought after that it doubled in size.

In 1985 the son Paul Zonjee took over the factory. Paul further pushed the export to the U.S.A. and Canada and founded branches Epifanes North America and Epifanes Asia.

Today Epifanes is still much appreciated the world over. One can find Epifanes paints and varnishes in every corner in the yachting business.   Meanwhile the next generation is  steaming up to lead Epifanes to a prosperous future. 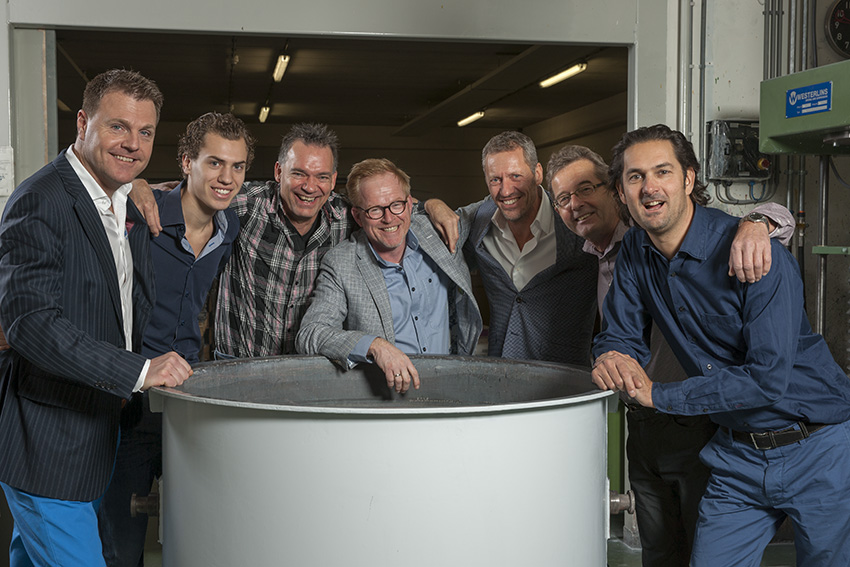